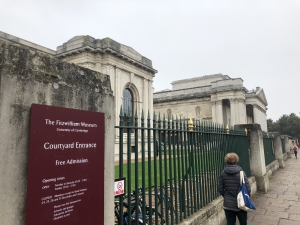 “One of the best museums of the UK.” 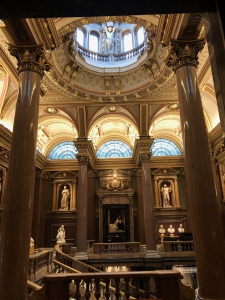 Wow-effect in the Grand Hall. 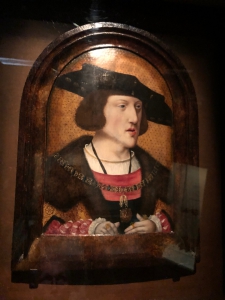 Charles V, by an unknown painter. 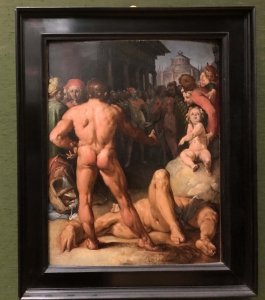 Cornelis Cornelisz of Haarlem, forerunner of Mannerism. Strangely the Dutch 17th C is thin on the ground!

Another lost Dutchman: Maarten van Heemskerk, Self-portrait with Colosseum, 1553. Yes he traveled there. 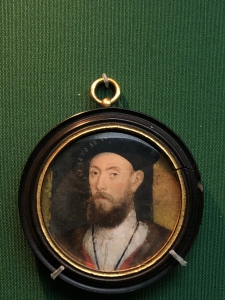 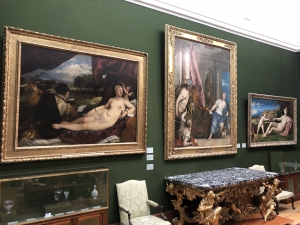 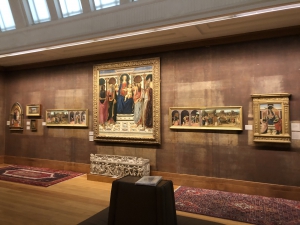 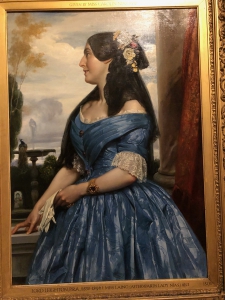 Frederic lord Leighton, portrait of Caroline Isabella Laing, 1853, a romantic friendship with much restraint, as Leighton seemed to have been a-sexual. Food for thought in our days. 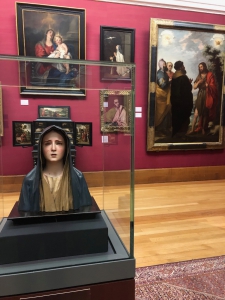 In front a Virgin Dolorosa, by Pedro de mean. In the back more Spanish art, including the pink El Greco. 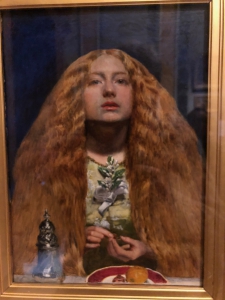 John Everett Millais, The Bridesmaid, 1851. Her trick is to pass a wedding cake through her ring nine times, in order to get a Vision of her future beloved.

French classic art with in the center Nicolas Poussin, Extreme Unction. This is one of the seven sacraments. Performed by a priest with two acolytes, the onlooking family struck with grief. 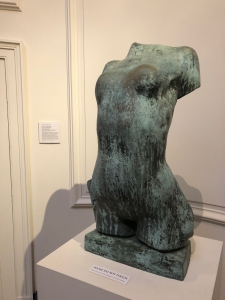 Rodin, Torso of a Young Girl, close to the Impressionist gallery. 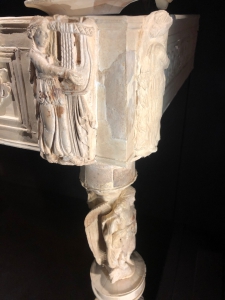 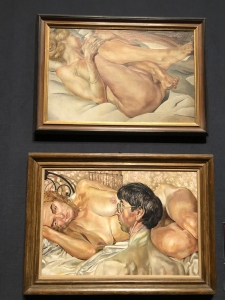 Stanley Spencer, above: nude portrait of Patricia Preece, a nude model and for a short time his wife. Below: self portrait with Patricia Preece. Quite an in-your-face approach! 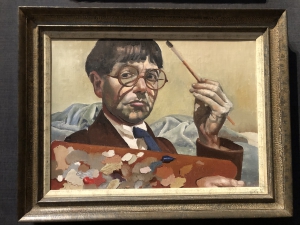 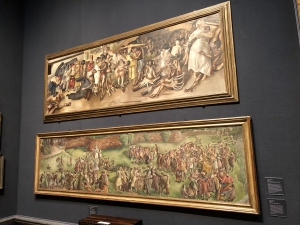 Stanley Spencer, above: Love among the Nations 1935-36 recalling Mostar and Sarajevo; and above Love on the Moor, 1949-1954. with themes such as sexuality, worship, the sacred presence in Cookham. 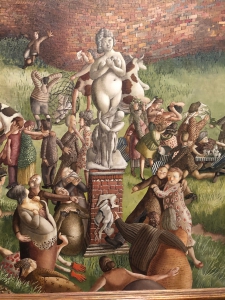 Spencer, Love on the Moor, 1949-1954. with themes such as sexuality, worship, the sacred presence in Cookham. 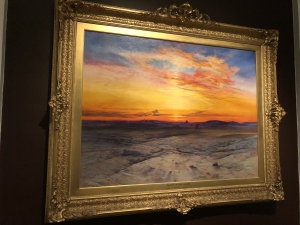 Eliah Walton, desert landscape with Tombs of the Sultan near Cairo, 1865. He wrote a book on The Camel. 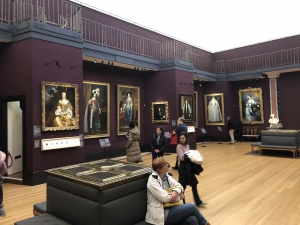 English portrait paintings, a gallery on top of the stairwell. 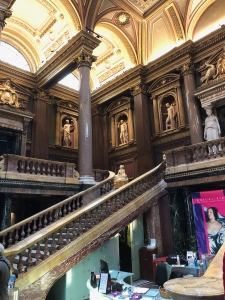 Grandiose over the top stairwell!