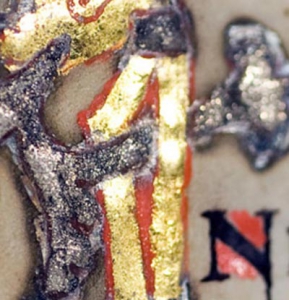 Detail of a mediaeval manuscript. It requires a close-up look. 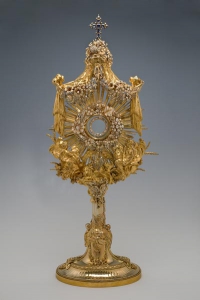 A Monstrance, intended to display the Holy Wafer in High Mass. This one was stolen, damaged and retrieved. Usually newspapers jump on such a subject.

Utrecht is the key religious center of Catholicism in the Netherlands, and it still is the seat of the Roman Catholic archbishop. Right in the old center of Utrecht, we find the large Cathedral / Duomo (Dom) with its 110 meter high tower – and close by, on a beautiful tranquil canal, we find the most important museum of Christianity in the Netherlands. Named Catharijne convent, it exhibits objects from various religious branches in well designed spacious galleries. 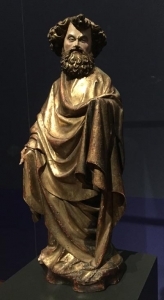 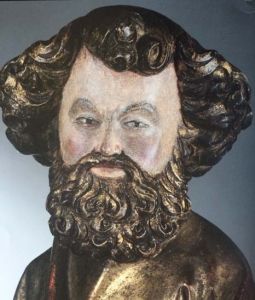