Drunkenness, Alcohol intake, alcoholism and high spirits through the ages 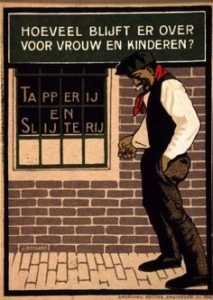