Tour by Drs Kees Kaldenbach, a professional Art History scholar with excellent teaching skills. Specialist in Fine art and Design, Architecture and History. VIP entry. Entry is best in the morning hours. A guided tour along the Jordaan district, formerly the workmans area to the west side of the four main canals, now partly yuppified and upgraded.  A fascinating walk of about 1.5  to 2 hours.

These are some of the themes we may discuss: 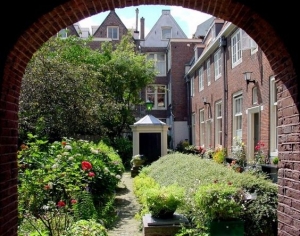 One of the many “Hofjes” which can be visited. One needs to respect the quiet privacy. 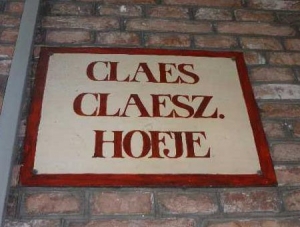 This hofje (Courtyard) was named in a poetic way. “Claes son of Claes”. 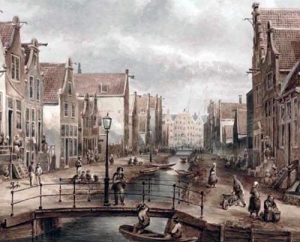 Goudsbloemgracht (canal) was an open sewer for many centuries, finally filled in and upgraded in 1857. 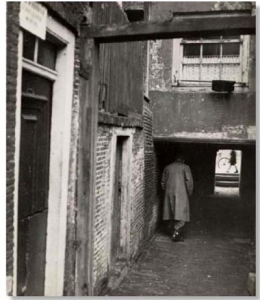 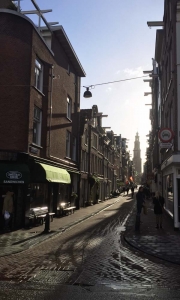 View of a street designed to point straight to the West church, allowing inhabitants to see the time of day – since inhabitants had no money for clocks at home. 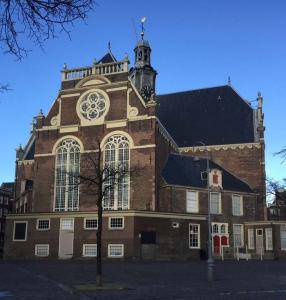 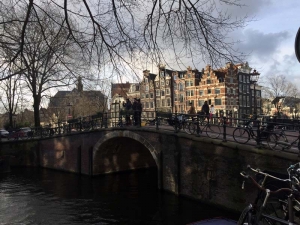 Brouwers (Brewers) Canal, with the beginning of Jordaan at Prinsengracht with North Church. 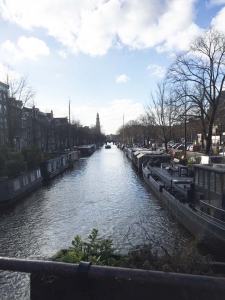 Vista towards the West Church tower. To the right the beginning of Jordaan at Prinsengracht. 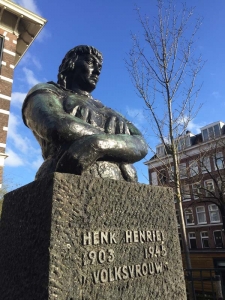 Srong statue of a strong working class woman who weathered the 1930s crisis.

Folk culture in a densely populated area. Everybody knew everybody, in street life.
Low level of peat ground: wetness and moisture all over.
Extreme Poverty 1650-1930.

Plans to raze the Jordaan area completely after 1960 and to build high-rise apartments. Instead: Architectural renewal, regeneration

The Ice Cream Store that broke all rules and wreaked havoc in the end.