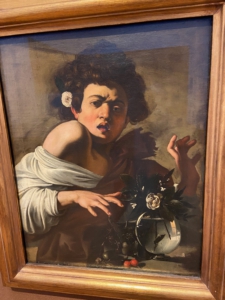 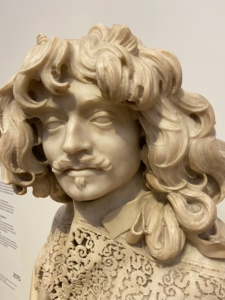 Caravaggio + Bernini, Rijksmuseum Exhibition 2020 on the Baroque art in Rome

Ideally the Roman Catholic church saw itself as a Unitarian church. The rise of Protestantism, with leaders such as Luther, Calvin, who protested against the sale of indulgences, was an alarming and  traumatic experience for the Roman Catholic church. Part of the Counter-Reformation movement, also called Catholic Revival, was a head-on collision: exiling or forcibly converting Protestant populations, and starting a series of bloody heresy trials by the Spanish Inquisition. Furthermore anti-corruption efforts, new invigorated spiritual movements, and the founding of new religious orders such as the Jesuits. Catholic priests were trained in theology in a more thorough manner, ready to confront the wayward Protestants.

Within this framework both Caravaggio + Bernini set off to do their visual task in converting the masses back to the folds of the Roman Catholic Mother Church. Basically they were soldiers in the fight to regain dominance.

Caravaggio, (1571-1610) orphaned early on, was financially supported by local nobility in Milano so that he could study painting there, and he was later also helped later by cardinal Del Monte in Rome who gave hime a room in his Palazzo and funds and the right to bear arms.

Bernini (1598 – 1680) was gifted as a sculptor, creating masterworks from the age of 16. He landed commissions for sculpture and architectural projects  all over Rome and rose to be the only huge name in his field of applied art and architecture. He became the head of an extremely successful family firm.

Feedback December, 2020: “Hello Jeannette, Today’s webinar was absolutely wonderful.. content, delivery. I learned a lot and thoroughly enjoyed the hour.. When the professor asked if he could go longer, I was inwardly yelling. “Yes, please!!! “This professor is wonderful..a natural teacher and obviously an expert on Van Gogh and the time. Makes me yearn for my college days. I truly hope you will keep me in mind for future presentations like this.” 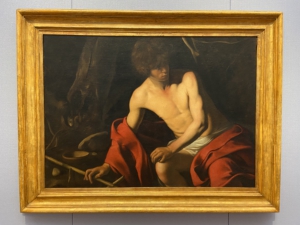 Caravaggio, John the Baptist in the Desert. 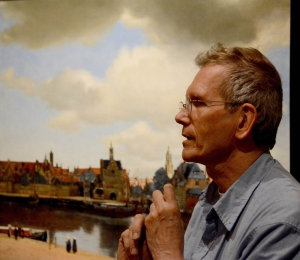 In front of the ‘View of Delft’ for which Drs. Kaldenbach did archival research.