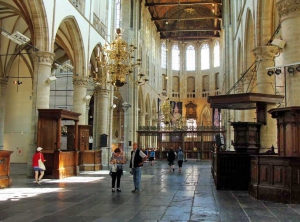 Alkmaar is  quiet and quaint, friendly and quite sleepy. You may like to take an open boat ride through the canals in summer, ducking your head under very low bridges as you pass under them. Friday is a great visiting day in summertime because of the cheese market. Excitement abounds during the Friday open air market in summertime.

The great mediaeval gothic church St Laurens (Lawrence) is also open most Fridays and Saturdays. Just like Haarlem, Alkmaar has some nice old age pension courtyards (hofjes) and it is particularly rich in quiet canals and wonderful streets. 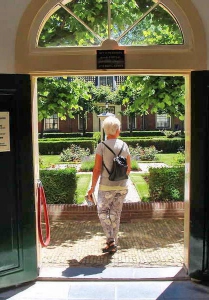 One summer weekend per year in summer – join the the greatest Folk event with 2000+ dressed-up historic actors: Kaeskoppenstad. Cheese-head-town. You have never seen anything so wild in your life! Mad women, farmers with geese, religious fanatics, medical doctors in haste telling you to step aside… soldiers, revolutionaries and beggarwomen with horrible skin conditions. If you come close they will be merciless and grab you with their contagious claws. Rowdy men are seen planning the uprising against the Spanish troops. For the correct dates please google: Kaeskoppenstad. In 2018: Saturday 3 and Sunday 4 june from 12.00- 17.00 hrs.

As an art historian based in Amsterdam, The Netherlands, I can either join you by train or meet you in Alkmaar for a personalized guided tour of art museums and the historic center. If we take the train I can offer you a 40% rebate on train fare! I was born in Alkmaar and lived there until I was 23 years old – after which I moved to the great city of Amsterdam. Since then I returned back home every month or two.
Together we will experience the beauty and history . Enjoy yourself and learn about history while strolling and discussing the country’s history, art and culture. In doing so, we may touch many bases – spanning not only fine art and architecture but also the city’s history and current social issues. See client testimonials.

Close by is the Beemster polder, a UNESCO world heritage site. 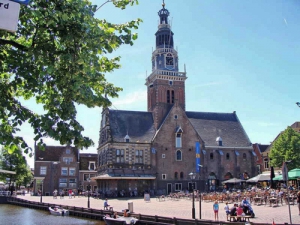 HOW TO GET THERE
Alkmaar is easy to reach with public transport, by train. I hold a Dutch Railways rebate card. For this train tour I can offer you a special rebate of 40% for three separate adult railway tickets after 9 AM. This makes it economical for you as clients. I can join you from your hotel or from the Amsterdam train station. Various other options are open to you: a) You can hire a car and drive it yourself, and I will join you starting in Amsterdam and will advise you about the best route. b) We can hire a professional taxibus service at around E 70 per hour for about 4 to 5 hours. On top of that you will pay me as the specialist guide. This is the more expensive option. 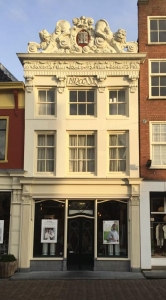