Little known to the outside world, Alkmaar was the initial engine of technology and industry after the Spanish siege and is boasting several technological innovation breakthroughs 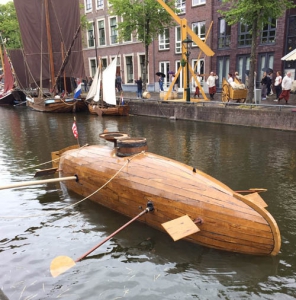 Replica of the oldest submarine in the world, built by inventor Drebbel.

See the cradle of all Dutch Polders. A polder starts with soggy water-logged  land, a ring dyke, a ring canal and water pumping systems, as in windmills. Becomes dry, usable land for cows toi graze on. Then starts to sink, sink, sink.

Stand on the site of the place where the very first submarine in the world was developed and built by Drebbel. It was later demonstrated for the King of England at the Thames river and it actually worked, against all odds.

One of the oldest windmills in The Netherlands is still standing there near Central Railway Station. Hi-tech engineering marvel. We can visit another windmill, climb rickety stairs and see the marvellous system of horizontal-vertical cog wheels as they turn and creak. Drebbel, memorial plaque at his home. Right in front was the Pond where he tested his submarine.

A place of learning: Metius as a scientific author. Surveyors and Mapmakers such as Drebbel. Arctic Explorers surviving polar winter, Art Collectors owning the two huge Rembrandt portraits now co-owned by Rijksmuseum and Louvre. All of this in a sleepy town! 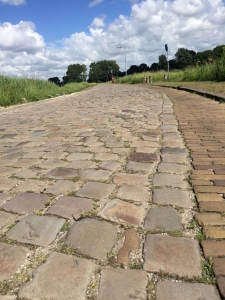 Oldest indigenous road in Holland, at the outskirts of Alkmaar, still in perfect condition after some 700 years. Created as a military road by Floris V, around 1290. Elsewhere there are some older roads from the Roman Era.

The daily Cheese market had to process so much cheese from all over North Holland, it took four or five days a week, busy work until late in the evening!

Background literature: ‘Alkmaar as the cradle, around 1600’, chapter 2 in the book Nijverheid op windkracht, by Herman Kaptein, published 2017. In 1593 Alkmaar boasted 4 oil mills, 2 paper mills, 1 Hemp beating mill. In 1614 Alkmaar had no less than 6 oil mills, 3 paper mills, 3 fuller mills, 2 saw mills. In 1593 it was thus way ahead of the other industrial hotspot, the Zaandam region. Wind energy fueled the Dutch  economy, just like peat did for 3 centuries as heating source. 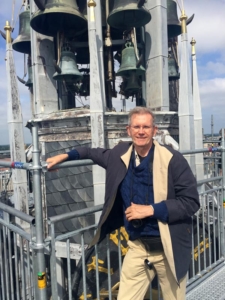 This tour may require a few taxi rides (your cost), because the various spots are are at some distance.

Tour by Drs Kees Kaldenbach, a professional Art History scholar with excellent teaching skills. Born and raised in Alkmaar. Specialist in Fine art and Design, Architecture and History. VIP entry. Entry best at from 10AM.

A specific Windmill quest in Alkmaar. 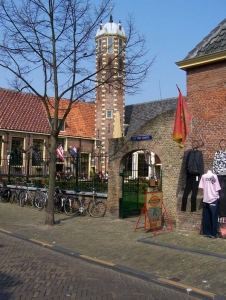 HOW TO GET THERE
Alkmaar is easy to reach with public transport, by train in half an hour. I hold a Dutch Railways rebate card. For this train tour I can offer you a special rebate of 40% for three separate adult railway tickets. This makes it economical for you as clients. I can join you from your hotel or from the Amsterdam train station. Various other options are open to you: a) You can hire a car and drive it yourself, and I will join you starting in Amsterdam and will advise you about the best route. b) We can hire a professional taxibus service at around E 70 per hour for about 4 to 5 hours. On top of that you will pay me as the specialist guide. This is the more expensive option. 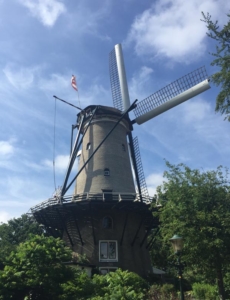