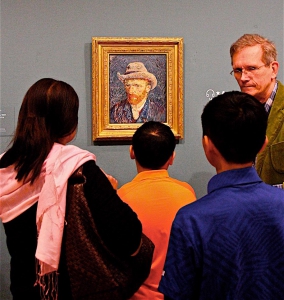 Join me for an expert led private tour in the Van Gogh Museum, Amsterdam. Choose an in-depth tour with knowledge and passion.

Early painting are mostly dark, in browns and black (1880-1885) but in Paris he met the impressionist gathering in cafés at night during his two year visit.
Step by step he allowed the use of colour by training to paint flowers. We will discuss his paintings, his biography and the odd place of Impressionism at the outer edge of Paris mainstream life.

Then follows the Arles, period in the south of France where he planned to found an art academy.  His first guest, Gauguin, brought excitement and competition.  The ‘Ear story’. They a trip to the madhouse / asylum in St Remy de Provence.  Strong fluctuations in production!  Then finally Auvers sur Oise, just over 2 months of frantic production…

Then either suicide or the nasty act of the boy ‘Buffalo Bill’…  version A and B. Which one do you go for ?

Detail , Vincent, in the Kroller-Moller, in Otterlo. The second important collection. 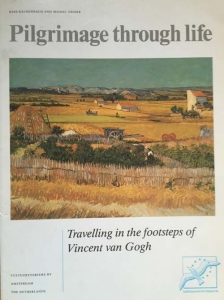 My book on Vincent. Lots of maps. 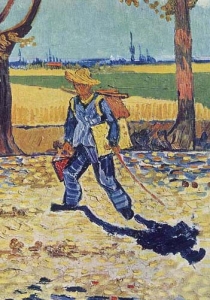 On the road from Arles to Tarragon. Painting destroyed in WW2. 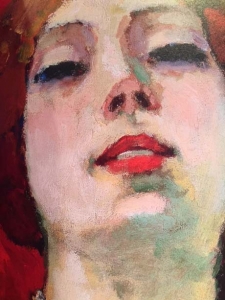 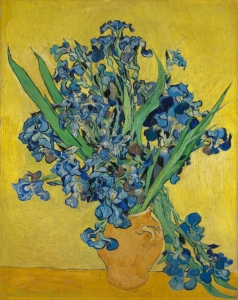 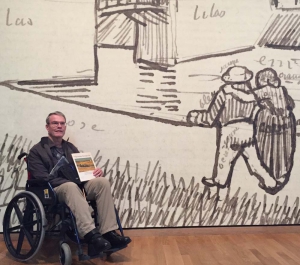 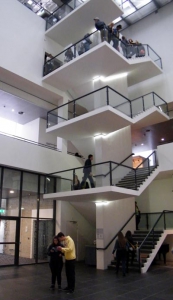 Museum architecture, Rietveld, the one of the famous chair. 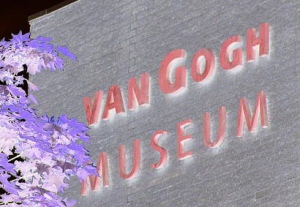 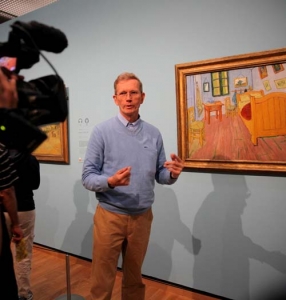